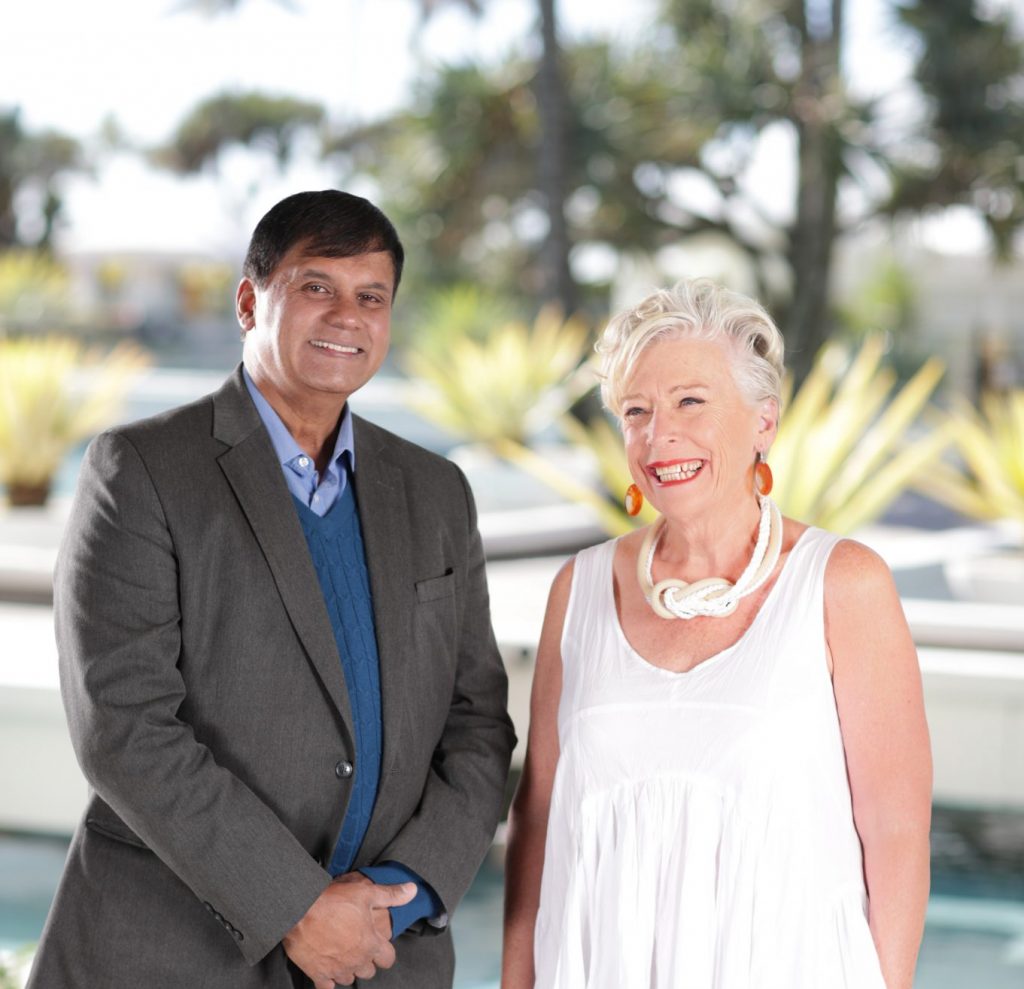 Meet Maggie Beer and enjoy food inspired by her latest book Maggie’s Recipes For Life, which Maggie co-authored with leading Alzheimer’s researcher Professor Ralph Martins. Maggie and Prof Martins will be in conversation with Alex Sloan on the night as part of University House’s Meet the Chef dinner series.

At 6.30pm we will have pre-drinks, canapes and book sales, with dinner to follow at 7.30pm. Book signings will take place at the end of the night.

The evening will feature matching wines courtesy of Soul Growers, an artisanal producer from the Barossa Valley.

Maggie Beer and Professor Ralph Martins have teamed up to fight one of the most debilitating diseases of our later years. Based on the latest scientific research, Maggie has created more than 200 recipes that help provide the nutrients we need for optimum brain health. More than one million Australians are affected every day by Alzheimer’s or its impact on their family but the good news is that you can eat well to age well, from this moment on.

The proceeds from Maggie’s Recipe for Life will be shared between the Maggie Beer Foundation and the Lions Alzheimer’s Research Foundation.

Maggie Beer’s many cookbooks include Maggie’s Harvest, Maggie’s Kitchen and Maggie’s Verjuice Cookbook. As well as overseeing Maggie Beer Products in the Barossa Valley, SA, Maggie appears as a judge on The Great Australian Bake-Off and heads up the Maggie Beer Foundation committed to providing a good food life for all.

Professor Ralph Martins is Professor of Neurobiology at Macquarie University, NSW, and Foundation Chair in Aging and Alzheimer’s Disease at Edith Cowan University, WA.  Ralph Martins graduated from University of Western Australia with a PhD in 1986. In 1987 he won a scholarship to Heidelberg University to work with Konrad Beyreuther. His collaborative seminal research involved isolating and characterising beta-amyloid and its precursor, the amyloid precursor protein (APP), which are now recognized as central to the pathogenesis of Alzheimer’s disease.

Alex Sloan is one of Canberra’s best-known and loved personalities and named 2017 Canberra Citizen of the Year for her radio and charity work. She recently retired from the ABC radio after 27 years.